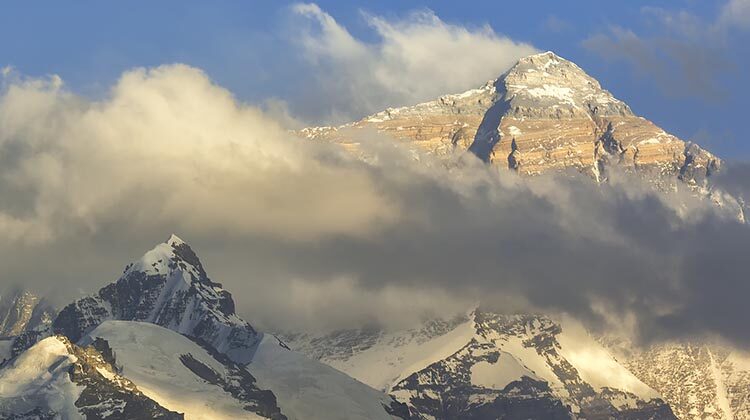 How will you educate the public about changing the name?

We plan on educating the public in several venues: from this website we will coordinate the petition drive, provide materials for the media, establish a location where the media and other citizens can obtain information with regard to the actual circumstances behind the original assignment of Everest as the worldwide mountain name, and on another important front, highlight a campaign in which Tibet and China can engage in a cooperative effort despite their considerable differences and animosity.

Why not consider the Nepalese name, “Sagarmatha?”

There are two reasons that we submit to the public for the selection of Qomolangma over that of Sagarmatha. First, historically the entire region surrounding Qomolangma had been part of an atonomous group of people united not by nationality but by regional status and ethnicity. This region is now part of Nepal and Tibet, but the local populations, notably the Sherpa, knew the mountain as “Chomolungma”, which is identical in pronunciation and meaning to “Qomolangma.”

The next reason is that Nepal had coined the term “Sagarmatha” in the early 1960’s, nearly a full century after the mountain had been named Mt. Everest, because of their own desire to unify Nepal and separate its own self-identity from other countries. Because of this situation, the local residents of the Qomolangma region are, in general, against the idea of using Sagarmatha, even those of Nepalese citizenship. MountQ.org certainly would never presume a country’s perogative over naming geographical landmarks under their own jurisdiction, but we advocate to a higher purpose, which is to respect the names and traditions of all areas according to local traditions and historical accuracy.

Why was the mountain named “Everest” in the first place?

The mountain was named after British surveyor, Sir George Everest. The name was suggested by Everest’s successor, Sir Andrew Scott Waugh, after confirming measurements acknowledging that Mt. Qomolangma was the world’s tallest mountain.

Incidentally, Everest himself was adamant that any geographical object should be named for “its true local or native appellation.” In addition, Everest himself objected when his colleague proposed that Mt. Qomolangma be named for himself. To that end, it would be fitting to honor, not spite, Everest by reverting the name from Everest to Qomolangma in the annals of the world atlases. For more information, read here.

How do you pronounce “Qomolangma?”

For westerners, the following pronunciation is acceptable:

This pronunciation also applies to the accepted alternative spelling “Chomolungma.”

The Asian pronunciation is not easily performed by most individuals in the west. It involves two sounds made with the throat that are part of the Chinese and Tibetan languages, but not in conventional Western languages, particularly English.

Why should we change the name?

Technically, we are not “changing” the name. Mt. Qomolangma has always been refered to as such through Tibetan history. It was first documented on a map as “Qomolangma” in the early 17th century, but due to the existence of a closed society, the name was not communicated to the Western world. Instead, the mountain was named after British Surveyor General, Colonel Sir George Everest. For more information, read here.

What does Qomolangma mean?